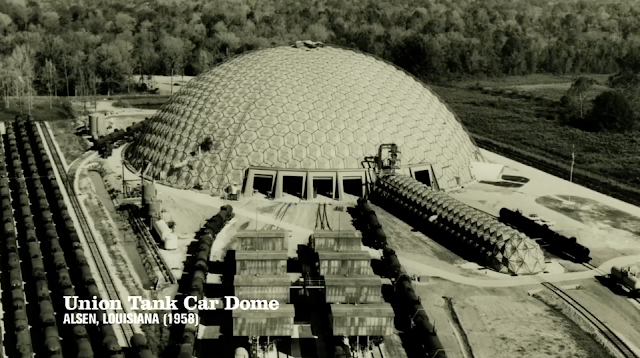 An interesting 30 minute documentary on the Union Tank Car facilities outside Baton Rouge, LA. A 384 foot diameter geodesic dome was constructed with the assistance of Buckminster Fuller to service 50 foot tank cars in a unique circular work area that sported a central turntable which provided great flexibility in servicing multiple cars at once. A car would enter the dome and move to the center onto the turntable and be spun around to an available work bay. 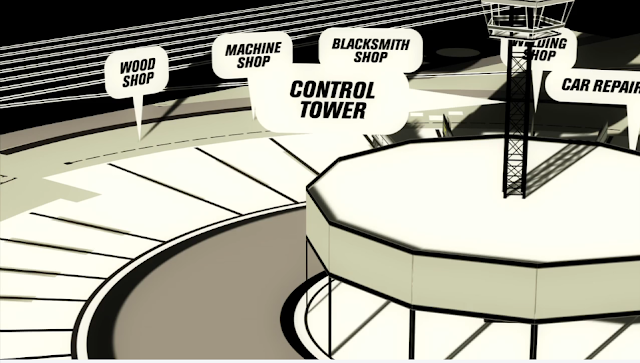 Previous facilities were rectangular which restricted servicing to a linear path where only a few cars could be worked on at a time and a car had to be finished before the next one could be started on. The circular arrangement allowed many cars to be attended to without dependence on finishing any one before another to move cars in and out of the facilities. The downfall of the facility was the introduction of the 60 foot tank car, which did not fit on the turntable. 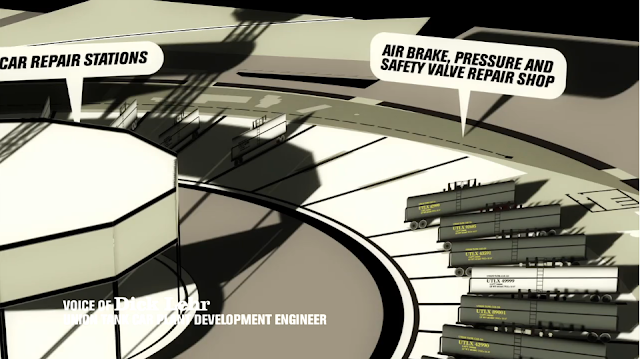 The documentary presents the conceptual framework of geodesic domes, the design and construction of the Union Tank Car dome, a nicely illustrated diagram of operations near the 4:30 mark (if you are in a hurry), and the ultimate demolition by the Kansas City Southern Railway. When built in 1958, the dome was the largest clear-span structure in the world and was a model for thinking outside the box and inside a dome. A novel and beautiful solution melding an understanding of the car servicing process with a unique an efficient structural system.

Email ThisBlogThis!Share to TwitterShare to FacebookShare to Pinterest
Labels: Structures