I was asked by a YouTube viewer about plans for a garage railroad that appears as a 3D SketchUp model in a video I made several years ago. While I don't have measured drawings for the track work since we worked off of the 3D model, I do have some images of the track arrangement and photos of the finished piece as well as the bench work dimensioned plans we used for construction. I hope this helps him out with his own project. 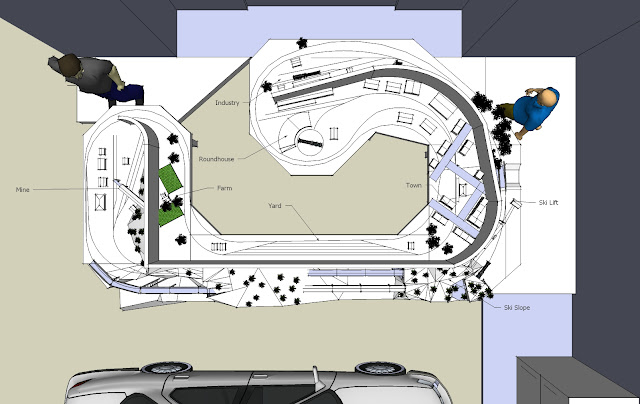 The layout is in half of a garage and is a commissioned project for grandparents who wanted something to engage their grandchildren when they came over.  The end result is pretty nice for a garage layout, with fantastic mountain scenery by Chuck Ellis and the rest done by the owner, Tom Pearson and me. 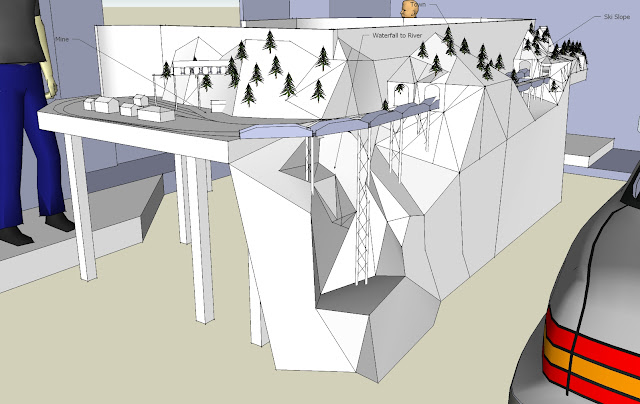 Since the initial build, there were some changes made. There is an elevated town where the roundhouse was, and the town streets are a little different as well as several minor adjustments and detailing. It is, however, amazingly like the SketchUp model, and it was certainly a good way to present an idea for a layout to a customer.

Following that there is just a photo dump of some construction and detailing photos. I don't seem to have any photos of the finished product, which isn't good, so I will add that to my list. 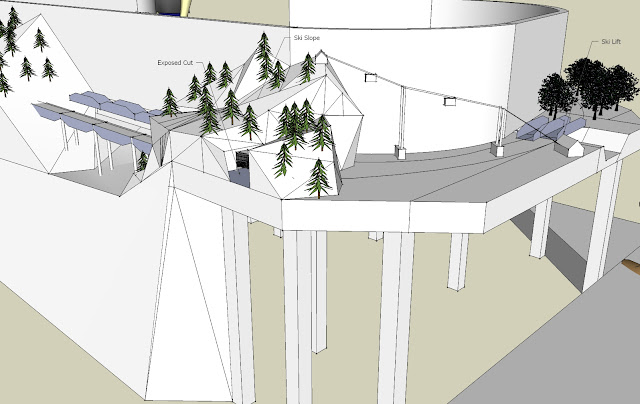 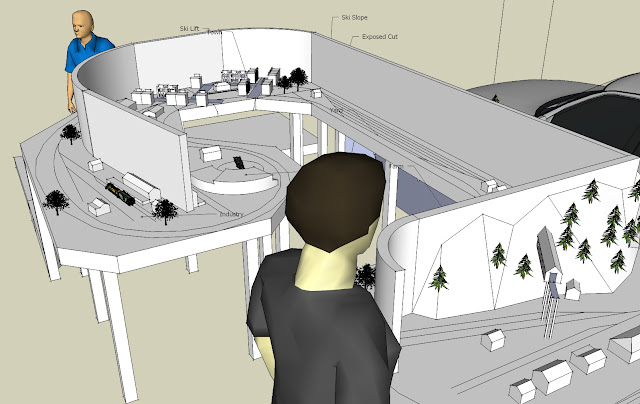 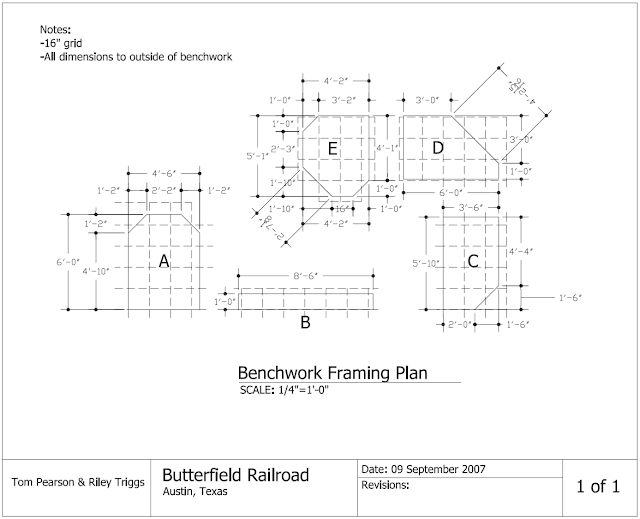 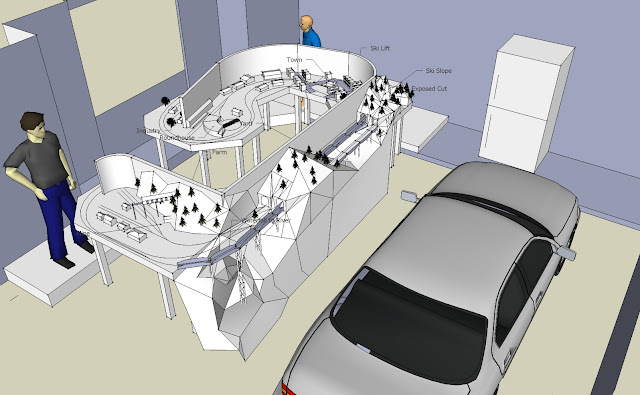 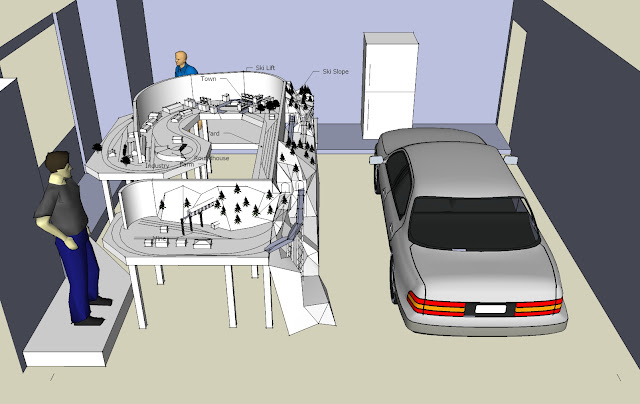 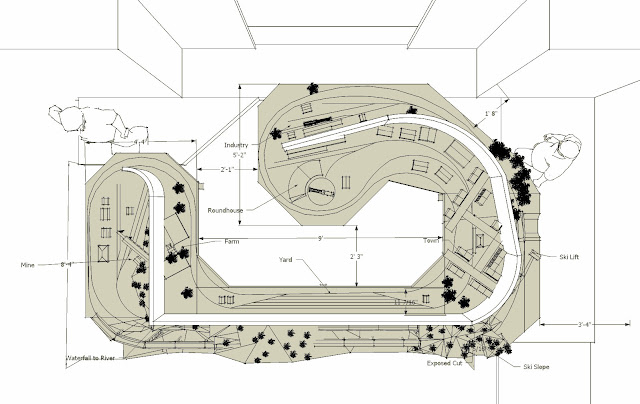 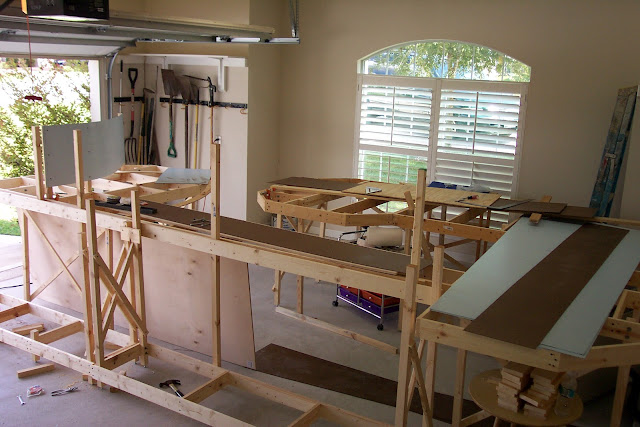 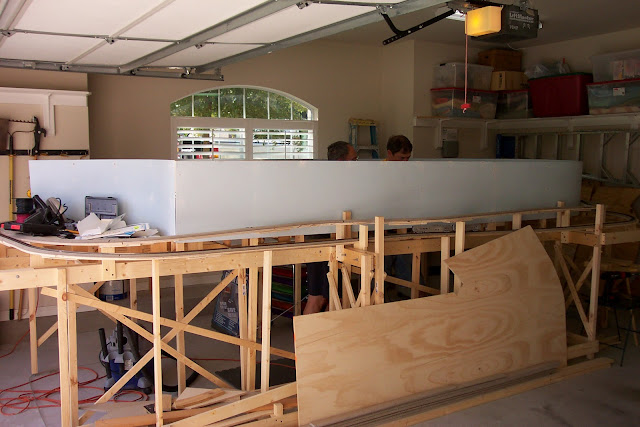 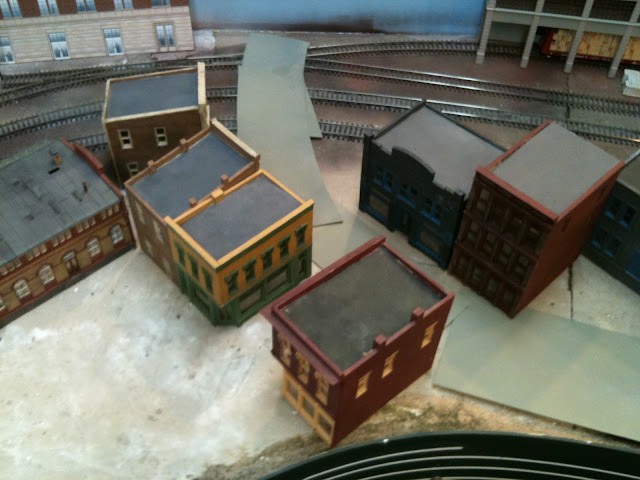 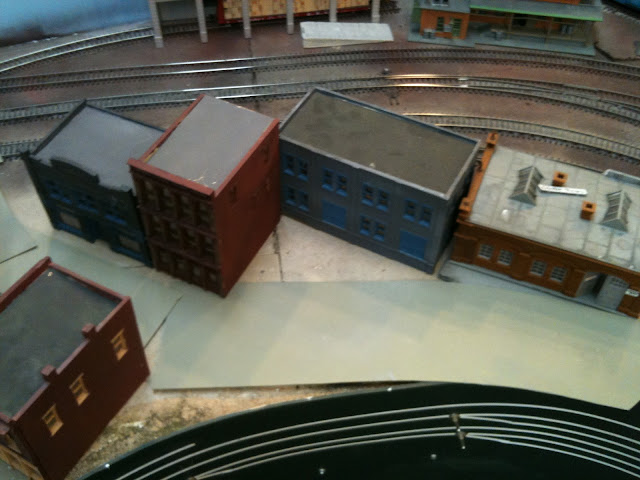 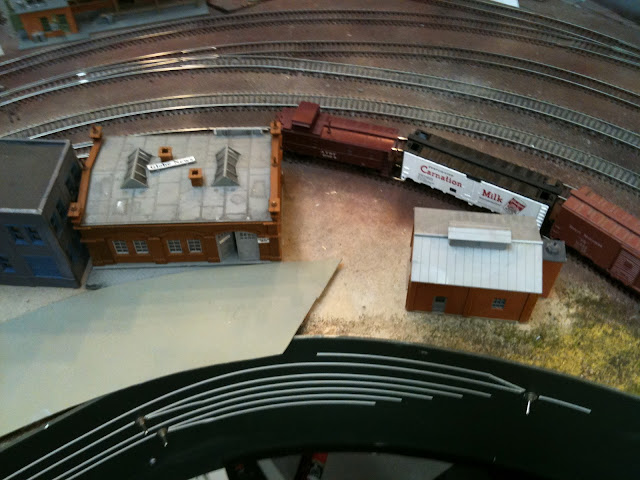 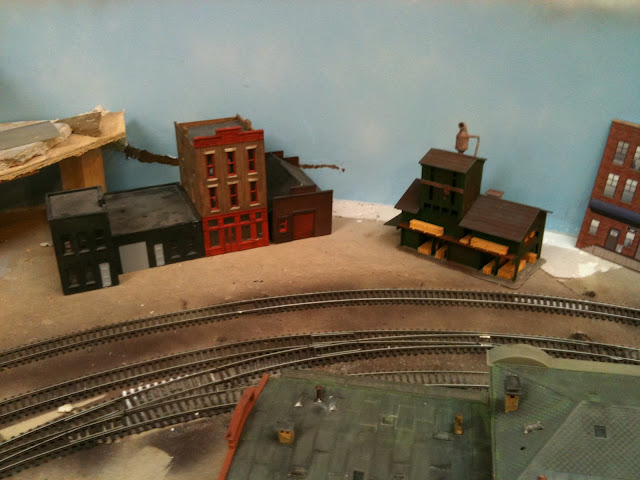 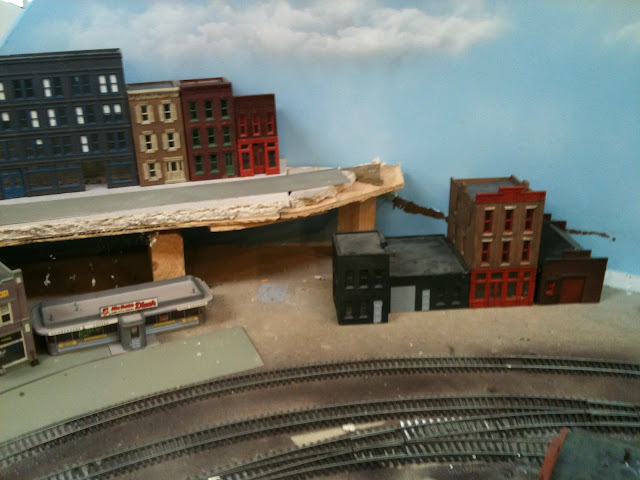 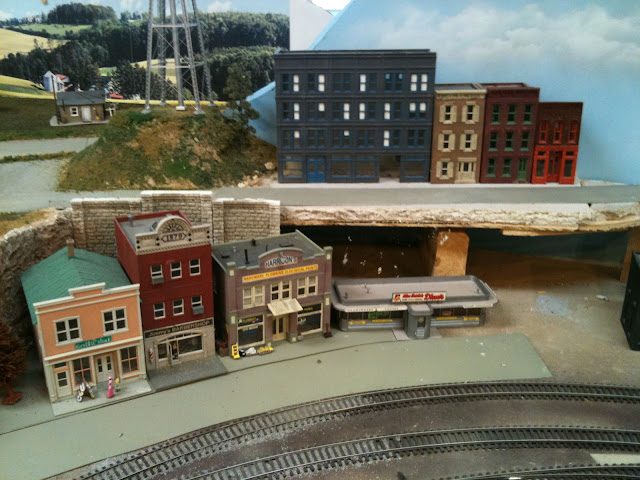 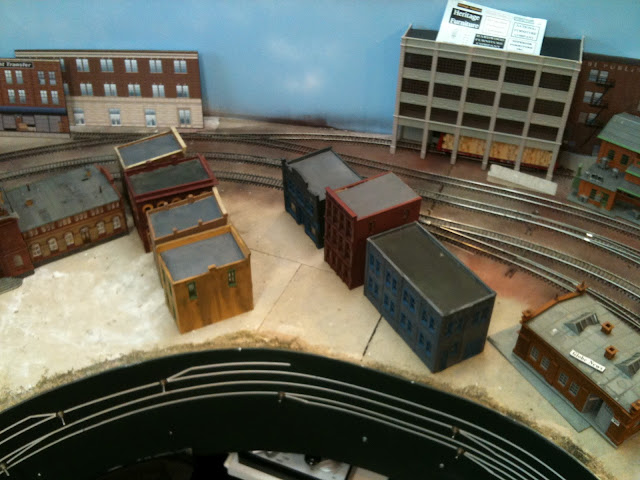 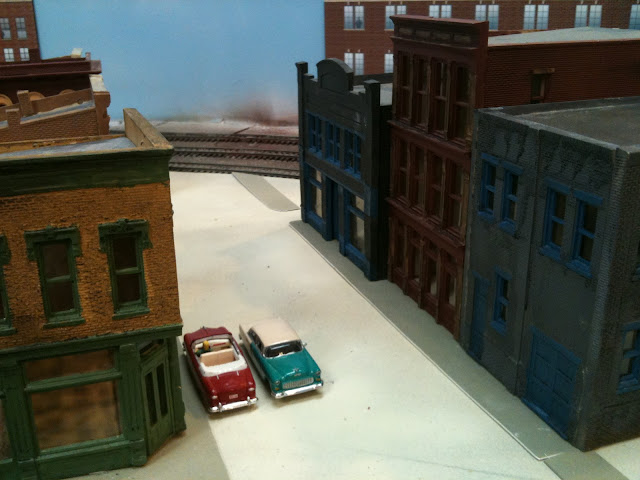 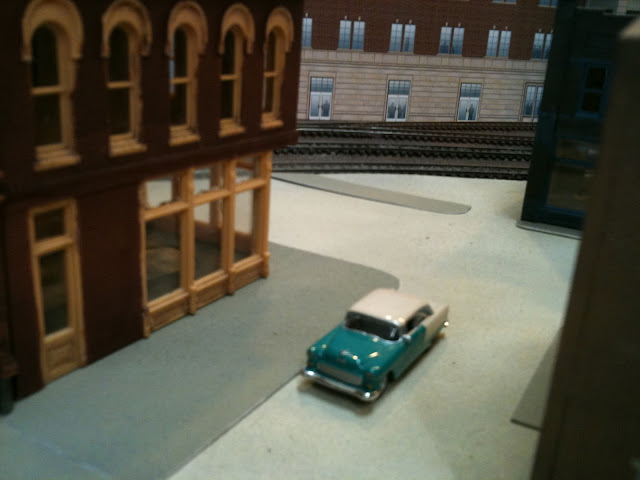 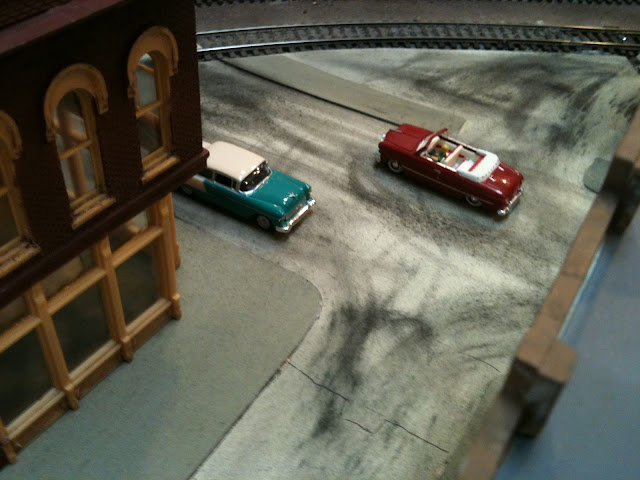 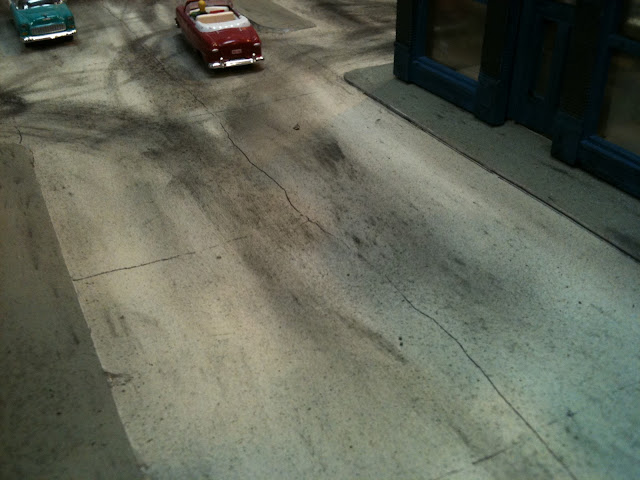 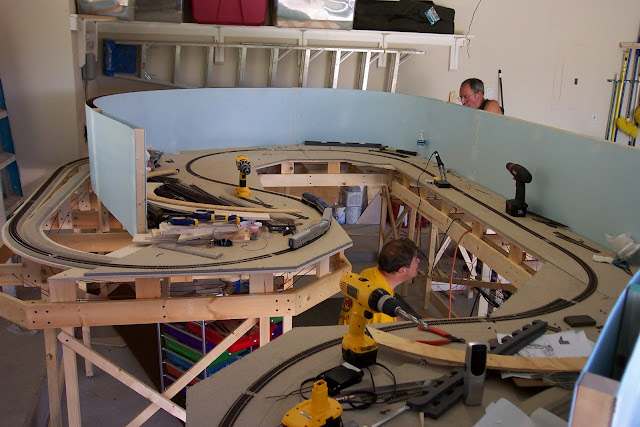