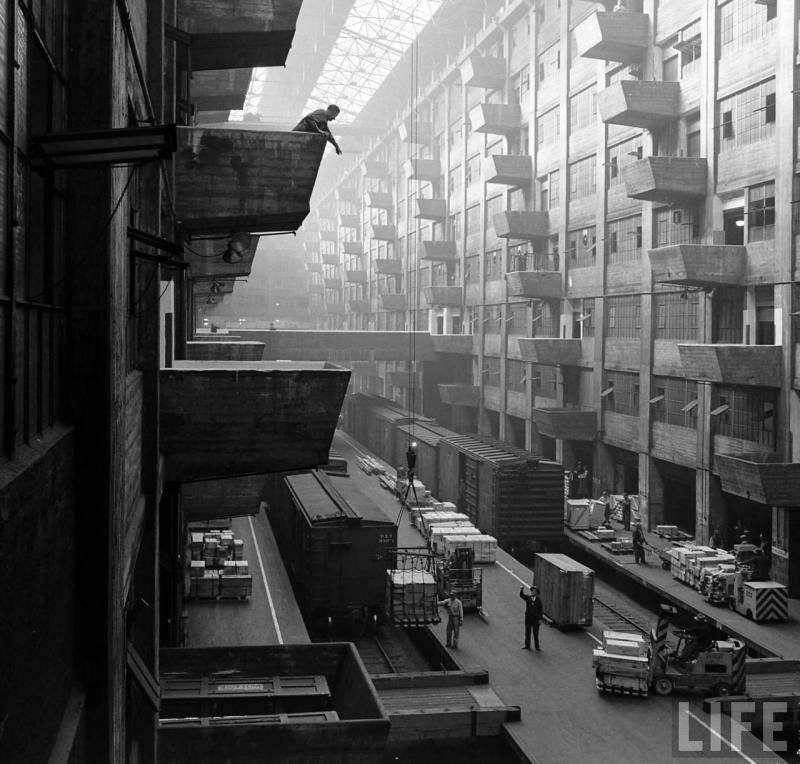 Found a great shot a few weeks ago of the inside of one of the large warehouses in the New York area. I found it on the French forum that has a thread that focusses on New York Harbor railroading. In another post, there is a picture of this terminal in a Life story on a soldier's body being returned home after being killed that says this is in Brooklyn.

At the point I saw it I thought it might be the Lehigh Terminal at 26th-27th streets, but I can't remember why I thought that. It is hard to be careful with documentation of research - it is hard to do at work, and it is hard to do at play. I'm considering using an academic software such as Evernote or similar in order to keep my findings straight. Anyone have a system for organizing their railroad research? I need to do something soon at both work and play...
Posted by Riley at 3:26 PM 2 comments: