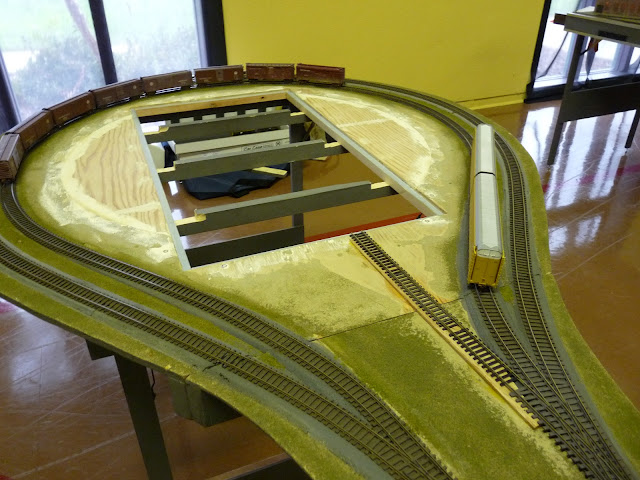 Check out the post on the R Street Layout blog about a drop-in module system the Sacramento Modular Railroaders are developing. Similar in idea to the Operational Design Element (ODE) proposed as part of the Dynamo system. I love the fact that there is a second level of modularity being created. A module within a module. Reminds me of the Jerry Seinfeld joke about their being so many Starbuck's in the world that one day he saw a Starbuck's inside of another Starbuck's.

I can easily imagine this working in the Dynamo system. Simply have these inserts for industries, stations, railroad infrastructure, whatever. Miniature wargaming meets model railroading. And here's someone actually doing it!
Posted by Riley at 1:05 PM No comments: