Just a heads up that the latest issue of the Lone Star Region's Marker Lamp is now live. 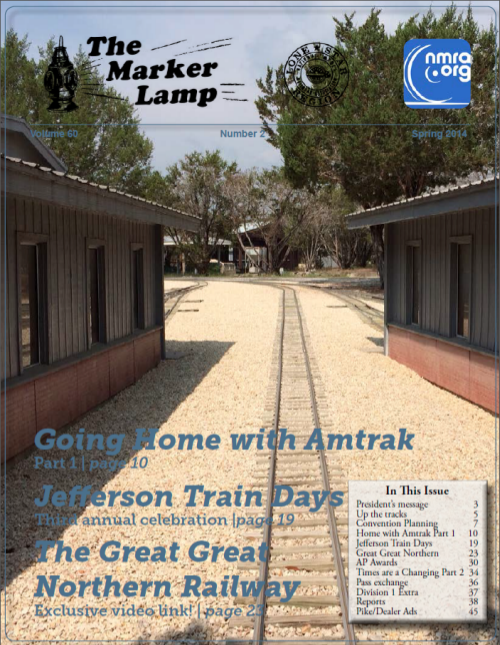 I've been busy settling into a new job, helping prepare for the regional convention here in a couple of weeks, operating and doing the Marker Lamp, so not a lot of free time to post lately.

I'm also in between mobile computing devices trying to decide strategy and my next electronic move, so it is more difficult to do hobby posts. I tried using my phone for a rather lengthy post last month, but I ended up losing half of it after spending a couple of hours on it because of a weird UI issue that had me delete rather than save a draft. That frustrated me to no end (I'm weary of bad UI), that I gave up on using that app. I shouldn't have been using the phone that way in the first place, which made it worse.

I'll get back to it "soon". In the meantime, enjoy the new Marker Lamp.
Posted by Riley at 8:23 PM